First Congregational Church United Church of Christ > About our church

Since 1716 the First Congregational Church on the Green has welcomed people to a Christian community of faith and service. Our Congregational roots allow for great freedom of individual conscience and interpretation and this church as always been a place of tolerance and respect for differences of opinion and practice.
The first settlers in New Milford struggled for a number of years to establish a church. Between 1707 and 1712 they either traveled to Woodbury or held services in their homes. History books record that Colonel John Read preached the first sermon in his log cabin at the north end of the town Green, just past where the Lincoln monument now stands. When Read moved from New Milford, his cabin continued to be used for worship. In 1712 Daniel Boardman was invited to town to preach the Gospel, but it took until 1716 to arrange the necessary finances to call him as the minister of this church. The date of his ordination, November 21, 1716, is the official founding date of our congregation.
The congregation began building their own meetinghouse for worship in 1719, but it took fifteen years to complete the work. It was located near Read’s house. 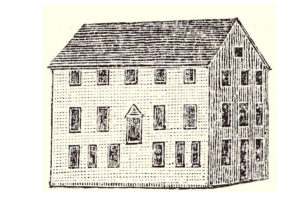 The town continued to grow and by 1752 the decision was made to build a new meetinghouse. Deacon Roger Sherman, famous as a signer of the Declaration of Independence and the United States Constitution, was treasurer of the building committee. Built in 1754, this second meetinghouse stood in the middle of the Green, close to the present location of the Admiral Knapp monument with the bell of the U.S.S. Pittsburgh. 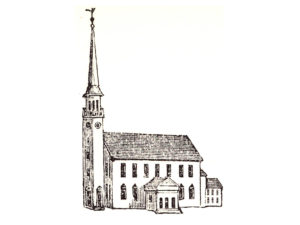 In 1818 the Congregational Church lost its special legal status as the tax-supported established church in Connecticut. The congregation had to purchase its own land and move to a new site. In 1833 the present meetinghouse was built, smaller and plainer in style than at present. In 1892 a major redesign was undertaken, extending the sanctuary by 18 feet, replacing clear glass windows with stained glass and white walls with colored and stenciled walls. 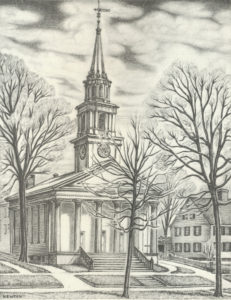 The congregation continues to thrive and seek to live out the gospel in service to our Lord and community.

Update Personal Details
Your ticket for